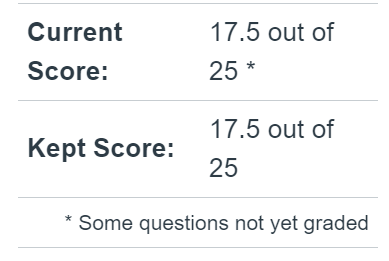 According to a recent study published in the US News and World Report the cost of medical malpractice in the United States is $55.6 billion a year, which is 2.4 percent of annual health-care spending. Another 2011 study published in the New England Journal of Medicine revealed that annually, during the period 1991 to 2005, 7.4% of all physicians licensed in the US had a malpractice claim. These staggering numbers not only contribute to the high cost of health care, the size of successful malpractice claims also contributes to high premiums for medical malpractice insurance.

The Analysis
Using descriptive statistics and graphical displays, explore claim payment amounts, and identify factors that appear to influence the amount of the payment.

The Data: MedicalMalpractice.jmp
The data set contains information about the last 118 claim payments made, covering a six-month period. The eight variables in the data table are described below:

The variables are coded in JMP with a Continuous, Ordinal or Nominal modeling type. This coding helps to make sure that JMP performs the correct analysis and produces appropriate graphs. A first step in any analysis is to ensure that your variables have the correct Modeling Type:

Remember: As you are analyzing the data, store the sequence of events in a script in the data file and save that data file once the analysis is complete.

What is the average amount of claim paid out for medical malpractice lawsuit?

What is the average age of female claimant in the data over the years?

Create a frequency distribution (in percent) of types of insurance carried by the patient? Submit the screenshot

Which of the following statements is true about the claim amount?

Average claim amount for males is higher than that of females

Average claim amount for females is higher than that of males

None of the other statements are true

In an average, the highest amount of claim was paid out for specialty of physicians. (Hint: use graph builder to compare)

You will investigate whether payment amounts are related to whether or not a private attorney represented the claimant.

Hint: Analyze > Fit Y by X; use Private Attorney as X, Factor and Amount as Y, Response. Then, select Quantiles under the top red triangle

Provide a screenshot of your analysis to support your answer for Question 6.

You want to know if relationship between Private Attorney and Amount is consistent for females and males.

Hint: Graph > Graph Builder; Drag and drop Amount in Y, Gender in X, and Private Attorney in Group X. Click on the box plot icon at the top. Or, right-click in the graph and select Points > Change to > Box Plot.

Submit the JMP data file with saved script for all the analysis to answer each question of this assignment.