Question 1
2 / 2 pts
Classical conditioning starts with a _________  an unconditioned stimulus and ends with a conditioned response.

Question 2
2 / 2 pts
Skinner proposed that the way humans learn behavior is much the same as the way the rats learned to press a lever.

Question 4
16 / 16 pts
Match the type of Operant Condition with the example.

Question 5
2 / 2 pts
To Alfie Kohn and Dan Pink, rewards and consequences do not increase intrinsic motivation.

Question 7
4 / 4 pts
Alfie Kohn believes external motivators are really control levers, and that there are better ways to create motivation. With this in mind, which of the items below would encourage motivation from Kohn's perspective? (check all that apply): 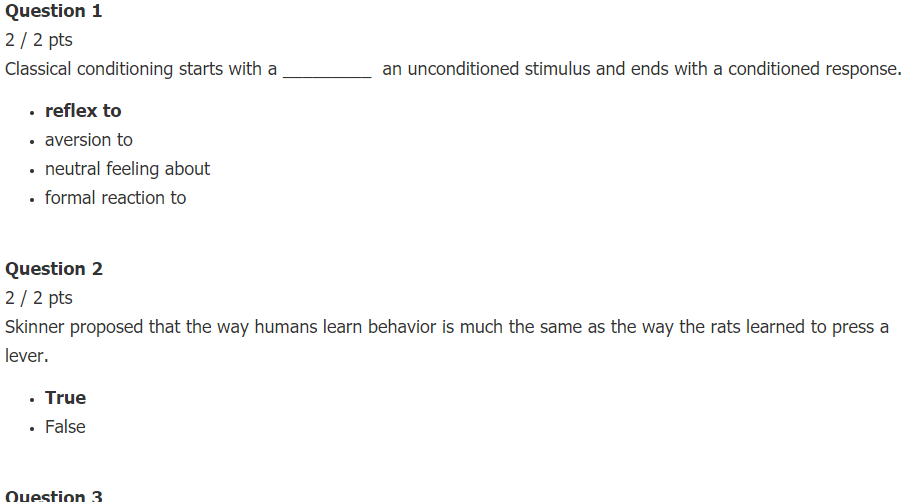 We have an Answer from Expert
Buy This Answer $12