We are ready to go farther in helping you learn PAF 300.

Question 1
1 / 1 pts
Every approach to administrative decision making must tackle two issues. First, what ____________ can decision makers use in reaching their judgments? Second, how do political __________ affect decisions?

Question 4
1 / 1 pts
According to the text, which of the following proved a lack of transparency in risk management?

Question 5
1 / 1 pts
Nondecision - the decision no to decide or the avoidance of an issue altogether, whether conscious or unconscious - often has consequences as great as those of a decision itself.

Question 7
1 / 1 pts
Fiscal policy: decisions about government spending and taxing, and their effect on the economy's performance

Question 8
1 / 1 pts
Monetary policy: decisions by the Federal Reserve on interest rates and the money supply, and their effect on the economy's performance
True
False 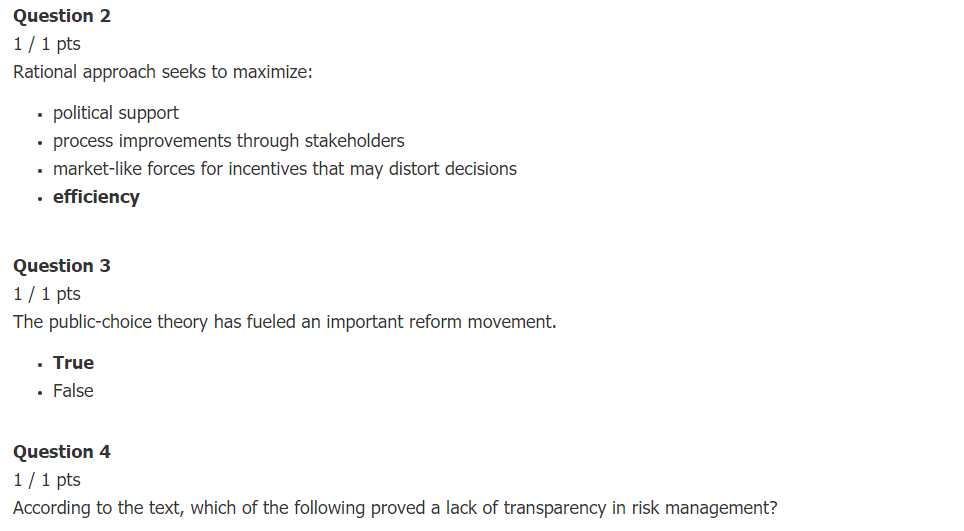